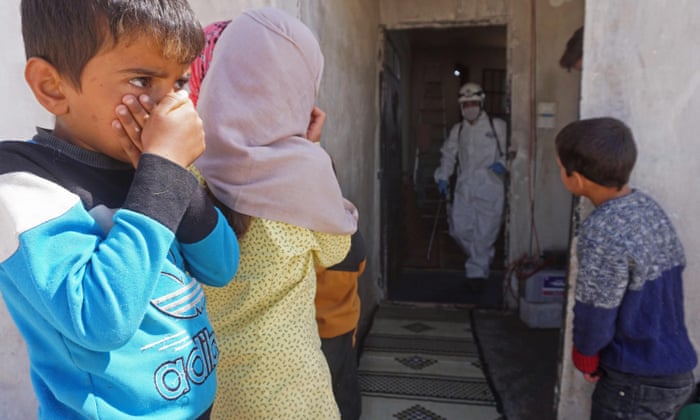 Countries across the Middle East face political turmoil following the revolutions in Tunisia, Egypt, and the ongoing one in Syria. Libya remains highly unstable due to inter-factional fighting & criminal activity, including kidnapping that are on the rise. The British Embassy closed in July 2014 due to security concerns and FCO is advising Against All Travel to Libya. The FCO also advises 'against all travel to Syria', unrest will continue and the country in now in a state of civil war. Lebanon remain relatively stable and Beirut is a wonderful city to visit but the general level of unrest in the regions is putting strains on the country.

Huge protests in early July 2013 lead the Army to remove President Morsi. Presidential elections were held in May 2014, ex Army Chief Sisi won overwhelming but very poor electoral turnout. Opposition to the Sisi government is growing, economically Egypt is suffering as the tourist trade has offered as a result of terrorism although through 2017 & 2018 tourism is recovering. Presidential elections were held in late March 2018 and President was re-elected as there is no effective opposition. The threat from terrorism remains high, a tourist bus was bombed on 29 Dec 2018 at Giza killing 4 people. Protests in Egypt are rare but a number have occurred in Cairo in Mid September 19. Egypt is almost a police state so care must be taken to adhere all rules and respect customs.

A stable modern democracy but with the constant threat of violence due to its relationship with the Gaza and the West Bankand neighbouring countires, principally Syria.  Tension is high in Jersualem following a number of sectarian stabboings in the last few years but tourists are rarely targetted. However, many young travellers visit both Israel and Jordan, both are friendly and very interesting countries and are highly recommmeded destinations - just pay attention to the news as the situation can change quickly, especially in Israel. Regional tensions between Iran and Israel are worsening as Iran increases its presence in Syria and its support to the radical Shia group Hezbollah. The US moved its embassy to Jerusalem in May 2018 prompting violent protests in the border with Gaza.  Fierce clashes have occurred on the border between Gaza and Isreal in the summer of 2018 and in August 2018 rocket attacks on Israel by Hamas resumed on a sporadic basis but there is a very high threat of an escalation. Tensions in the area have been further escalated due to Iranian's support for Hezbollah and duriing 2019 Israel has attacked a number a number of Hezbollah/iranian sites. The Covid vaccination programme is going very well.

Iran was beginning to open up to trade and tourism following the successful conclusion of the nuclear energy talks under US President Obama and relations with the West improved. Anyone who has been generally loves the country, very friendly with wonderful sites and topography. British, US and Canadian visitors require a guide/escort when travelling and the visa authorisation process will take weeks so plan well ahead. The British Embassy has reopened in Tehran & BA fly direct from London. In May 2017 president Rouhani was re-elected giving hope that relations with the West.  However the election of US President Thump has dramatically changed the political and economic landscape.  In May 2018 President Trump announced the US was pulling out of the nuclear deal and since then the rial has fallen in value and further US sanctions were imposes on 5 Nov 2018. At the end of December 2018 numberous street protests across dozen of towns and cities, occurred against the regime, without any obvious leadership. The Rial has steadily been collapsing against the US $ causing a worsening economic situation.  A 50% rise in fuel prices has prompted more demonstrations in mid November 2019 as the economy continues to weaken. The killing of General Soliemani by the US in Iraq on 3 Jan 2020 will result in a further deteroration of relations between Iran and the US. Iran will need to respond to the attack. His death may also weaken the Iranian regime as he was a very close ally of the Ayatollah. Covid -19 continues to ravage the country, many more cases and deaths are suspected thatn have been officially announced. Presidential elections are being held on 18 June 21, no significant change in attitudes to the West and control of the population by the religious elite is expected.