Objective Travel Safety specialises in training a wide range of students, professionals and individuals prior to their travels. We not only provide the acclaimed Travel Safety course, but since 2002, we have been running Hostile Environment Safety Courses (HEST) for journalists deploying to conflict zones, we currently have a contract with the European Broadcast Union (EBU) and have run courses for most of the UK's print and TV media.

We also run training courses for NGOs and multi-national companies sending employees to post-conflict countries. In addition, courses are also available for Expeditions such as The Mongol Rally and Objective trained Ewan McGregor & Charley Boorman before both the 'Long Way Round' & 'Long Way Down' motor bike expeditions.

The increasing need for safety awareness for young travellers led to the creation of our acclaimed Safety Course for those travelling on their gap year or post-university students. In one day, attendees are given advice, warnings and responses and information on various situations they may face while travelling.

The course is designed to teach the individual how to evaluate situations so that they can avoid trouble and to give them the confidence to get off the beaten track and explore, in order to make the most of their gap year. The course has been running successfully now for over 12 years and we have received many fantastic testimonials

Travel Safety Courses and Talks for School, Colleges and Universities

We also offer Travel Safety Courses and Talk for Schools, Colleges and Universities, giving 6th form pupils and students planning to travel overseas, travel safety awareness advice and important travel safety information for those planning and preparing for a gap year or year out.  These talks can be anything from a one hour lecture to a full or half day training course.

Call us to find out more information or to book your School Safety Awareness Talk. 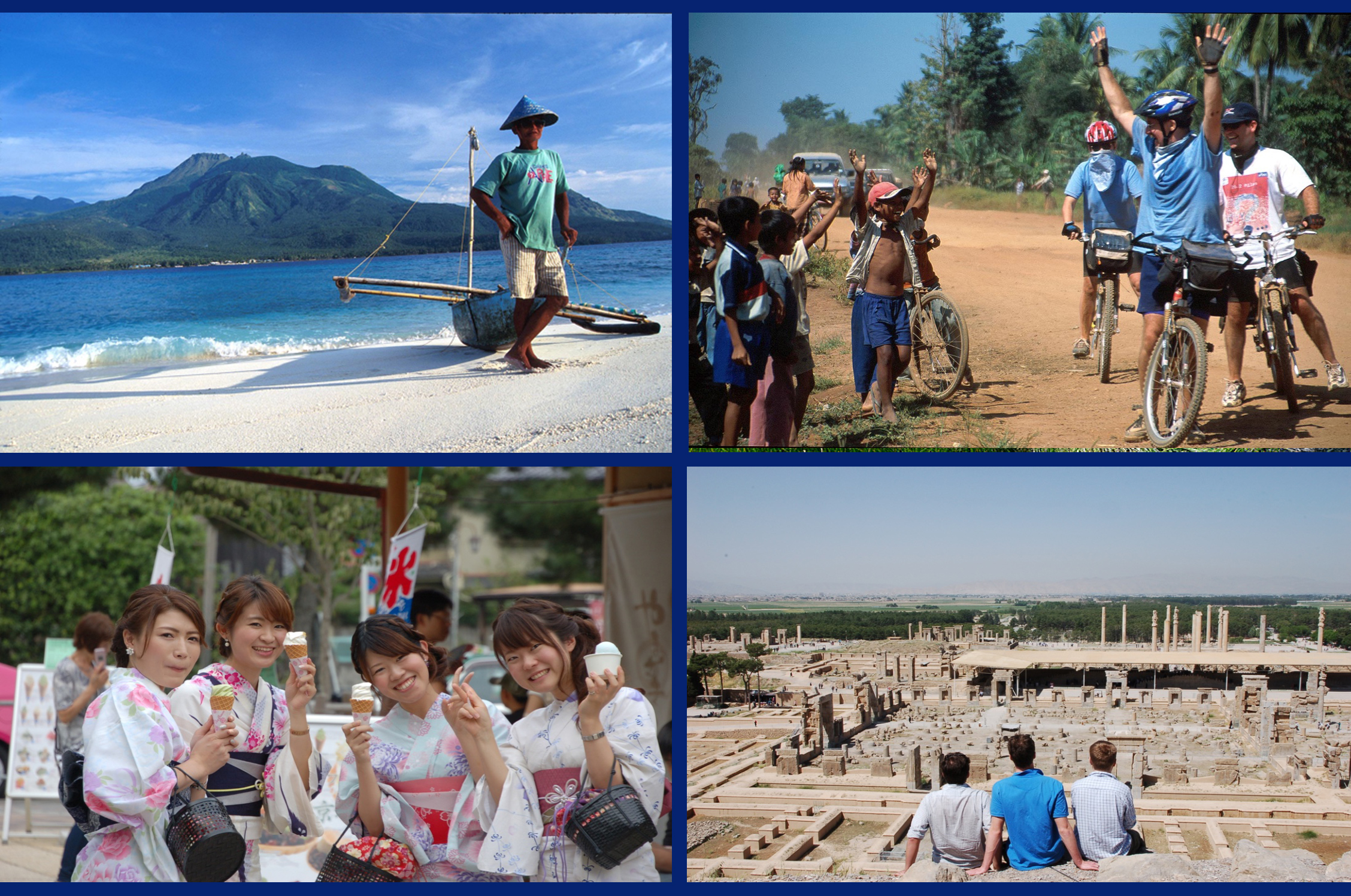 Charlie McGrath, MBE
A wonderful paradox of a safety specialist and highly entertaining teacher. He spent his two gap years in South America and Asia; then 15 years in the Army serving in Northern Ireland, Africa, Middle East and Central America. He has travelled extensively as a civilian on every continent (including Antarctica) and his never exhausting repartee of travelling experiences adds humour and first-hand experience to the courses.

Travelling has played a large part in Looby's life from a young age, a trip to Kenya being one of her earliest experiences abroad where she was stalked by a lioness at the age of 5, only to then be charged at by a rhino ten years later!  Since leaving school, she has backpacked through much of South America (Brazil, Argentina, Chile, Boliva and Peru), India and Myanmar. She has also travelled around Cambodia mainly through doing WorkAway placements teaching English to local children as well as adults.

'Being able to ease any worries is the most important outcome of the course for me, no question is too trivial! Whether its answering questions about how many clothes to bring or discussing the risks of travelling as a woman, ultimately, what is brilliant about the course is that you come out with, at the very least, an awareness of a huge number of scenarios and risks. I’ve been lucky enough when travelling to have encounters with very few of the risks that we talk about on these courses, but I find huge comfort in knowing that we cover enough in the course to feel equipped with the right knowledge if anything did ever go 'pear shaped' on a trip!’

India McGrath
In August 2019, India returned home from two and a half years living and working in Malawi and Uganda and also spending time travelling through West Africa. She is currently working for the HALO Trust, a mine clearance charity in Kurdistan and Iraq, having completed a MA in conflict, security & development. She instructs on our course when she is available. Since leaving school, she backpacked across much of Asia, including India, Burma and Sri Lanka.

Marina Stephenson
Marina spent her childhood living in South Africa and then went back to Southern Africa on her Gap Year before going on to work in Australia and New Zealand. Further trips have taken her to North and East Africa and also to the Far East as well as North and South America. In addition, she has worked as a Travel Consultant for the last 20 years.

Claire Price
Claire spent a large proportion of her early years running around barefoot in Uganda where her father lived. Escorted soley by her 18 year old sister, she embarked on a month long back packing adventure around Africa, including Uganda, Kenya, and Congo aged 10! On leaving school she took off to South and Central America and has since travelled around South East Asia, parts of India and Europe.

Jamie Lowther-Pinkerton MVO MBE
20 years service with the Irish Guards and SAS; specialist knowledge of South America, the Middle and Far East. Jamie established the course with Charlie in 2002 and now acts as a Consultant.