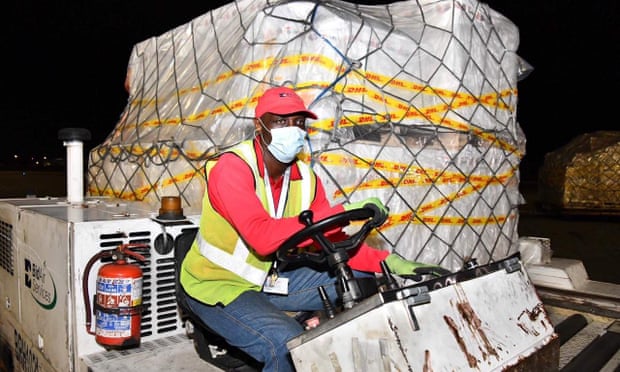 Popular destinations and are certainly safer than much of North and Central Africa. It's essential to check the FCDO Country Travel Advice website as the FCO advises against travel to many areas or to certain countries. At the end of July 2017, the FCO downgraded its travel advice regarding Tunisia, Tunis and the beach areas are now 'back in bounds'.  Tunisia has stabilised and presidential elections are being held in September 2019.

The risk of further terrorist attacks in Kenya is currently assessed as high. The Somali Islamist terror group Al-Shabalab has claimed responsibility for numerous attacks within Kenya and further attacks are likely, especially in Nairobi on western interests. On 21 September 2013, Al Shabaab killed over 40 people in an attack on the Westgate shopping center in downtown Nairobi and 150 students were killed in a co-ordinated attack on Garissa University on 3 April 2015.

The latest attack was on 15 January 2109 when 21 people were killed in an Al Shabab attack on the DusitD2 hotel in Nairobi. Travellers are reminded to be vigilant and to avoid crowded areas. In May 2017 there has been a outbreak of Cholera, over 300 cases, some of them in Nairobi. Cholera is linked to poor sanitation and tourist areas are generally not affected. Having said that many people visit Kenya and have a wonderful and safe time, research is just necessary to ensure your destination is appropriate.

On 8 August 2017 president Kenyatta was re-elected, the election was generally violence free although the main opposition party made a legal challenge to the result and on 1 September, the result was annulled in the Supreme Court and a second election was held on 29 October 2017. The opposion did not contect the election and Kenyatta was declared president on 31 October 2017. Whilst terrorism grabs the headlines, Kenya is a well developed country with a good level of education and many opportunites for young travellers to explore and get some part time work. The rainy season typically runs March to May and in 2020 the flooding in late April and May killed over 200 people. Kenya reopened its schools in January 2021.

Visitors to Zimbabwe can expect months of power cuts due to supply and now worsening financial situation. The Zimbabwean economy has been in trouble for many years under the leadership of Robert Mugabe.  On 15 October 2017, the Army intervened and removed President Mugabe. Mugabe is currently under house arrest and in November, Mugabe's deputy and long time ally Emmerson Mngangagwa was sworn in promising a economic era. New presidential elections were held on 30th July 2018 and President Mnangagwa was re-elected. In September 2018 an outbreak of Cholera has occurred in Harare, over 20 dead and some movement restrictions have been imposed. The economic situation remains very fragile with basic supplies in shortage and confidence low.  in early January 2019, the government increased petrol prices dramatically promption street protests. The government has responded with force and shut down most social media avenues. Further civil unrest is very likely and power cuts are increasing in frequency. The main oppostions party, the MDC, has called for nationwide anti government protests for period 19 to 22 August 19. Ex President Mugabe died in mid September 2019.

High levels of crime are an issue in urban areas, especaily in Johannesburg. Travellers going through OT Tambo airport should be aware that there have been numerous incidents of hold baggage being stolen, so expensive items should not be placed in hold luggage. The use of bag wrapping facilities might deter thieves. In November 2017, Cyril Ramaphosa was elected the new president of the ANC and became President on 15 February 2018 when former president Zuma finally resigned. In mid July 21 violence erupted in many parts of South Africa following the jailing of former president Zuma on corruption charges. Power supply continues to be a major issue with numerous power outages each day. The probelm will last for a number of years until generating capacity is increased.

Zambia has also been suffering from power cuts due to less electricity coming from hydro due to the prolonged drought, but heavy rains at the beginniing of 2017 improved the situation. Oppposition to the President is rising, unrest continues and a state of emergency was declared on 17 July 2017.

Are generally safe, but health conditions should be researched. Uganda has seen a marked increse in the number of cases of malaria during mid 2019 which many people are attributing to climate change. Uganda held a general election on 14 January 21, the incumbent President Museveni was relected for a 6th term.

On 11 April, there was a military coup in Sudan against President Omar al Bishar who was removed after years in control. The situation in the country will remain unstable for some time. The military took over prompting widespread ongoing protests as of 20 April, demanding civilian rule. The country remains very volatile.

Travellers to most of West, Central and East Africa will be asked to produce a Yellow Fever certificate on arrival.

Due to an outbreak of Ebola in DRC in May 2018, many countries are imposing stricter border controls. These are Ghana, Zimbabwe, Nigeria, South Africa and Tanzania. The WHO is working fast to contain the outbreak in eastern Kivu district, as of July 2019 over 1600 cases have been reported with one case in Uganda. The area is a conflict zone which is making it harder to contain the outbreak.

Suffering from a serious Malaria outbreak that has infected over 3 million people since January 2019.

Experiencing an outbreak of Dengue Fever, over 1,100 cases confirmed in October 2018.

Especailly the city of Beira) parts of Malawi and Eastern Zimbabwe suffered extensive damage in March 2019 from Cyclone Idai. The city of Beira in Mozambique was very severely damaged with hundreds killed. The FCDO advises against all travel to the northern province of Cabo Dalgado where the Mozambique goverment is struggling to contain a vicious islamist insurgency. Hundredos of thousnad of people have been forced to leave the area. A cholera outbreak has alos occurred.

Travel in Times of Covid

There is no doubt about it, travelling abroad takes a bit more time and effort at the moment but with a bit of research and some simple planning it's not too difficult.